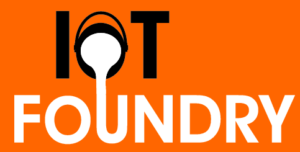 A friend of mine has a small duck farm in Texas. (He also hosts a podcast at tspc.co.) Every morning he fills up a half-dozen kiddy pools for the ducks. This involves moving the hose from pool to pool while he goes about his other daily chores. On occasion, he gets preoccupied and returns later in the day

to find things have overflowed and made a large, messy pond where one isn’t supposed to be. Being the “automation guy”, he asked me how hard it would be to connect a flow sensor to the water line and have it send him an alert in case he forgets and leaves the hose running. And oh, by the way, he wanted to be able to turn the water off even if he’d run to the store.

Turns out the solution was fairly simple.  Here’s what I came up with …

After pondering a bit, I decided to use an in-line flow sensor (called a Hall sensor) and a generic sprinkler valve.  The flow sensor has a little water wheel inside that spins as the water passes by.  The wheel has a magnet attached to it, which creates electrical pulses on the output line as it rotates.  The net effect is you can tell how fast the water is moving by how many pulses you see every second.  The valve is the exact same kind used in irrigation systems, which opens when you apply 24 V AC power to it, and shuts when you turn it off.

The brains of the system is a microcontroller (a Particle Photon), which does all the calculations to determine if the water is running, controls the valve, and sends data back and forth to the user.  I also used a “relay” board, which allows the microcontroller which runs on a relatively low voltage to control the much higher voltage used by the irrigation valve.

To allow remote interaction with the sensor and valve, I used an application called Blynk. This software lets you create a dashboard / control panel by dragging and dropping different widgets onto the “canvas”.  Below is the app I created.  It’s fairly crude, but it gets the job done.  Here are the widgets I decided to use: 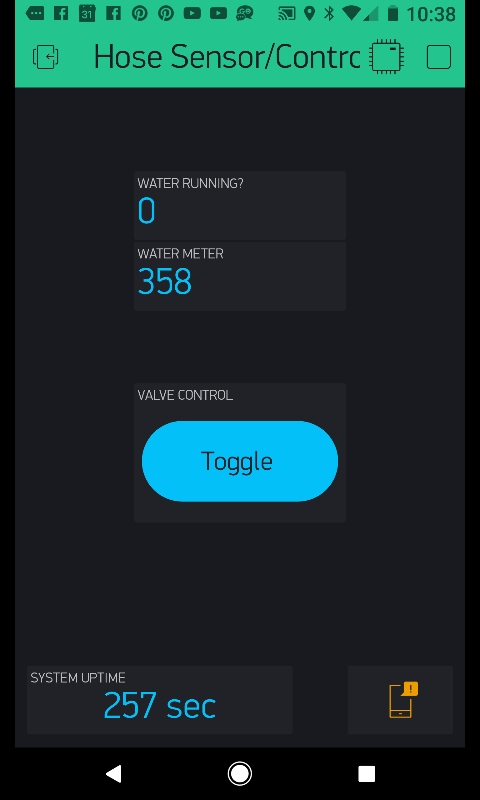 Door Controller … for a Chickshaw?

A Remote Control for my Garden Hose – How Lazy is That?

Check Your Temperature and Humidity

We are a participant in the Amazon Services LLC Associates Program, an affiliate advertising program designed to provide a means for us to earn fees by linking to Amazon.com and affiliated sites.
© IoT Foundry © 2017